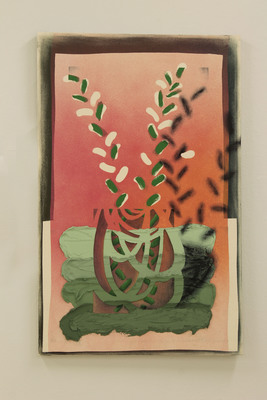 Whether looking from above or below, or attempting to understand different political opinions, it is hard to refute the fact that in daily life we are constantly confronted with different perspectives. My research and exposure to different philosophies and visual psychology have fostered the notion that attempting to understand the world through multiple perspectives is natural to human behavior and psychology. It seems as though humankind has eternally strived to reconcile seemingly opposing views. In a sense, you might say that collectively (and individually) we have attempted to make “wholes” out of fragments. One of the most widely accepted forms of visual psychology that explains this phenomenon would be the gestalt principal of closure. Closure attempts to explain how human perception is inclined to see forms in a complete state despite the absence of one or more of their parts. One seemingly opposing perspective to gestalt can be observed in the philosophical idea of anatta, which is a Buddhist doctrine that identifies a person’s “self” as constantly undergoing change, therefore making a “self” imperceptible. My claim is that closure allows individuals to distinguish a “self” through phenomenal experience. This is not dissimilar to the concept of constructing meaning from experience.