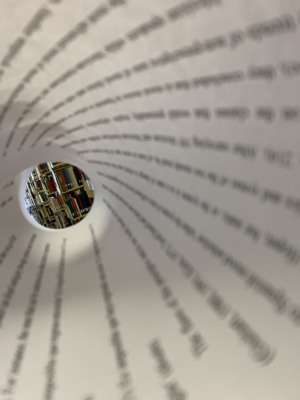 Captain Tics headed the tiny ship towards the Island of the Giants. The Sun beams cut off its already cracked profile. Seaweed covered the twisted high tide line and colorful boulders were scattered all over the coast. In spite of the erosion, Tics could even make out some inscriptions carved on some of the rocks. Unfortunately, most of them were crumbled as if they would have been tossed from afar. “It looks like the lack of a clear-cut argument also infuriates people around here”. Tics roared with laughter while putting the paper-thin spyglass away. Nobody else laughed. The hustle and bustle of the deck made it difficult for anybody else there to hear those frequent sassy comments. Moments later, a crew member, who had just finished tying up the loose ends of ambiguity, approached the captain and said, “But why the Island of the Giants captain? Much older and experienced crews have looked for answers to mood selection there”. Tics gazed at the sweaty crew. Many of them sported ill-looking scars, some shabby tattoos, and others both. Many investigations on syntax came to Tics’ mind. “There we will stand for there is nothing more encouraging than an attainable truth”.