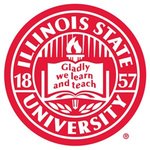 Let G be a n-vertex hairy tournament, let T contained within G be the core of G. If for every v in V(T), v is joined to at most two sink vertices of G that belong to V(G) – V(T), then G has a quasi-kernel of size at most half n.

This Theorem implies that given an n-vertex hairy tournament in which the core is joined to no more than two sink vertices, one can find an independent set K of G satisfying two properties: for any x belonging to V(G) - K it holds that distG(K,x) ≤ 2, and the number of vertices in K will be at most half n.